Seeff to exhibit a showcase of properties in Sandton Expo from the end of July to early August.

Seeff Atlantic Seaboard and City Bowl Licensee Ross Levin states Gauteng buyers significantly influenced the Cape property market; and believes that this stems from a boost in the semigration market over the last year, particularly in the latter half of 2020. Levin expands on this by stating that it is partly due to the remote working trend and a need for space that an outdoor lifestyle provides

43% Of buyers in the Gauteng province relocated down to Cape Town, up by 5% from the 39% recorded in 2019. On the whole and outside of Gauteng, around 35% of semigration buyers moved to the Cape last year

Despite the market decline caused by the pandemic, Cape Town's investment market remains robust, with high demand for residential and holiday rentals. Levin confirms this, noting that apart from semigration buyers relocating to popular Cape Town suburbs such as City Bowl and Atlantic Seaboard, there is also an increased interest in second home investment, both of which aided the overall recovery of the market.

Cape Town remains one of the country's best-run cities, and this acts as a significant drawcard to interested semigration buyers. The Cape offers a stunning coastal setting complete with excellent infrastructure, amenities and service delivery, providing a high quality of life for its residents and attracting many tenacious entrepreneurs.

Cape Town is known for its brilliant schools and tertiary academic institutions, including the University of Cape Town and Stellenbosch University. The holiday season and summer sun attract local and international visitors worldwide who want to indulge in the cosmopolitan beach lifestyle. You can easily access the city with direct flights from Johannesburg in under two hours.

Levin affirms that the Cape is a primary second home destination and that property in the City Bowl and Atlantic Seaboard area are highly sought-after investment prospects. However, the highest sales volume sits below R10 million; Seeff recorded excellent buyer activity, equating to around R18 million combined with high-value trophy home sales.

The current market is burning hot, with some twelve high-value sales recorded in February alone. Transactions over the last year reached over R7.8 billion, and although 76% of sales fell below R10 million, there were a commendable 64 sales that reached above R20 million and equated to around R2.4 billion.

Levin notes that semigration buyers equate to roughly 20% of total buyer enquiries, and the majority stem from the larger Johannesburg and Pretoria area. Gauteng is the wealth hub of South Africa; hence these buyers have little to no issue spending more on property in Cape Town.

Semigration buyers typically invest in a diverse range of homes, from free-standing houses and apartments to luxury villas; these properties range from R3 million for a house or apartment to above R30 million for a villa. The Ridge Estate is a new security estate receiving significant interest from semigration buyers. 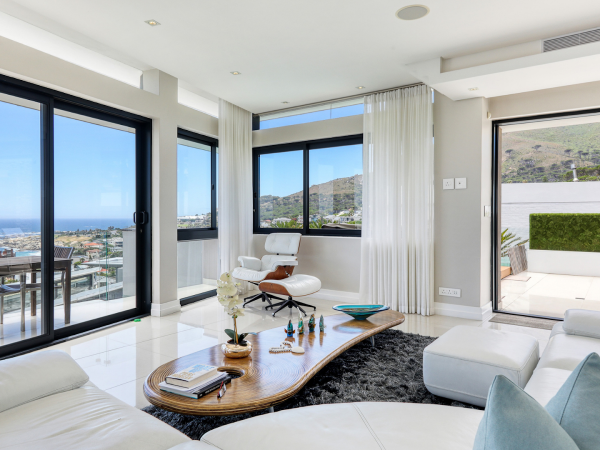 In light of the interest in Cape Town properties, Seeff wants to meet the growing number of Gauteng buyers and investors by holding a property exhibition from the 26th of July to the 1st of August to showcase sought-after Cape properties. Johannesburg and Pretoria buyers will receive a sneak peek of available properties and chat with industry experts about relocation or investment; this is also a prime opportunity for Cape Town sellers to expose their properties to potential Johannesburg buyers.