Following the recent devastating events, the Seeff Property Group immediately mobilised our Home2Home CSR initiative to assist with food relief for KZN in a two-pronged approach with an internal as well as an external campaign.

The first part of the campaign focused on encouraging donations and food parcels and to transport these to all our Seeff KZN branches for their staff, families and friends in the affected areas.

Over the weekend of 16-18 July, Stuart and Tracy Manning, Seeff’s CEO and COO together with Gauteng branches launched into action to source and collect food and produce and they personally delivered a truckload of food to KZN. 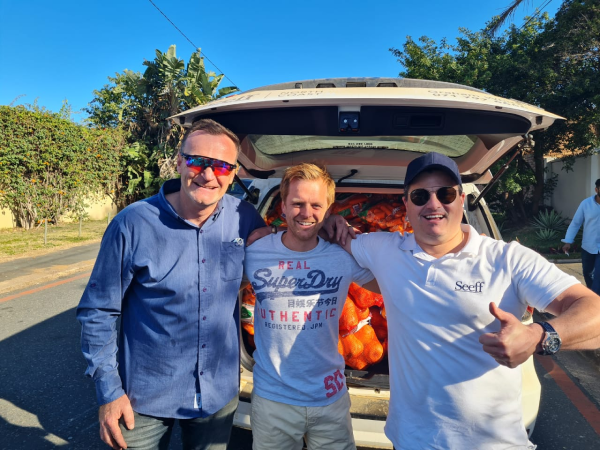 Stuart and Tracy left Bela Bela in Limpopo at 5am on Saturday morning in a minivan, sponsored by the Zebula Golf Estate and Spa, together with a trailer provided by Michael Holland from Seeff Edenvale.

They collected food items destined for Seeff’s KZN staff from various people and suppliers along the way and arrived in Durban at around 8pm Saturday evening. They spent all day Sunday distributing the sponsored items to the KZN branches with the assistance of various KZN licensees and branches.

Their journey was eagerly tracked and followed on the Seeff Head Office social media pages. 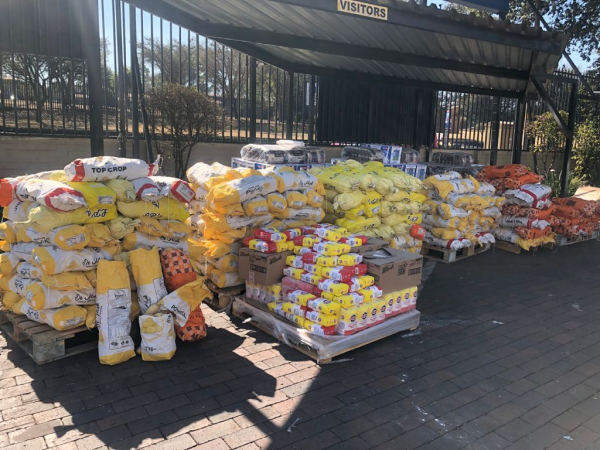 Seeff Edenvale arranged for a truck to assist Gauteng families to get food to their families and friends in KZN. The branch functioned as a drop-off point and remained open until late on Tuesday, the 20th of July.

Seeff Pietermaritzburg and Umhlanga branches rallied their staff and opened their branches as a collection point for KZN.

The truck left for KZN in the early hours of Wednesday, the 21st July, escorted first to Pietermaritzburg and then to Umhlanga to drop off the food parcels.

Seeff rallied our extensive media relationships to secure press exposure for this initiative and achieved exposure across Gauteng and KZN as well as nationally to encourage the public.

The response has been overwhelming to the extent that the transport had to be upgraded to a 14-ton truck with 24 hours still to go.

The Seeff brand - Home is our Story and family comes first

From a Seeff perspective, it once again demonstrated that “family”, one of our core values, is at the heart of our business. The Seeff Home2Home campaign is not just a nice-to-have, but is an active campaign which has assisted many homeowners, sellers and buyers to donate unwanted goods.

In the time of national need, the Seeff Home2Home Campaign again rallied and illustrated Seeff’s commitment to Home is our Story.

Samuel Seeff, chairman of the Seeff Property Group has expressed a massive thank you to all donors, the Smollen Group who provided the transport for both the internal and external campaigns as well as Seeff licensees and staff involved in a variety of ways with the campaign.