Seeff Hermanus Agent Turns Netball Lights On for the Season

Netball is a game that requires a lot of team spirit.; our local Hermanus players each add their personal set of skills and energy to create their excellent teams, of which one individual shone very bright in kindness this season.

Estate Agent, Ronel Meyer, of Seeff Hermanus, sponsored the lights for the 2022 season. Ronel Meyer has come a long way with the Hermanus Netball Club, joining in 1993 when she relocated to this charming town. Her sponsorship meant that funds raised could be used towards the rental of the netball courts, purchasing of new equipment and investing in the players’ growth. Hermanus has one of the top netball clubs in the Overberg; their First Team ended their 2022 netball campaign as ONF Superleague winners for the season, and their Second Team ended in 4th place. As Superleague winners, the First Team got the opportunity to take part in the Western Cape Club Championships that was held in Hawston during October. The region’s top clubs within the Western Cape competed and the Hermanus Netball team ended in 3rd place. All these incredible achievements are made possible by fundraisers as well as sponsorships, such as these. The club appreciates Ronel’s contribution immensely, for the large hole in their expenses that she filled out of her own pocket.

Without assistance, the club has a hard time making ends meet and club founder, Elsabe Henn, expressed this gratitude, stating it is a gift from Above. The netball club does not receive any funding or sponsorship like rugby or other sporting codes. All expenses such as travel, clothing, and so forth are paid by each individual player. The club annually takes part in the Cape Town 10s, of which the entry fee alone is R14 500 per team. 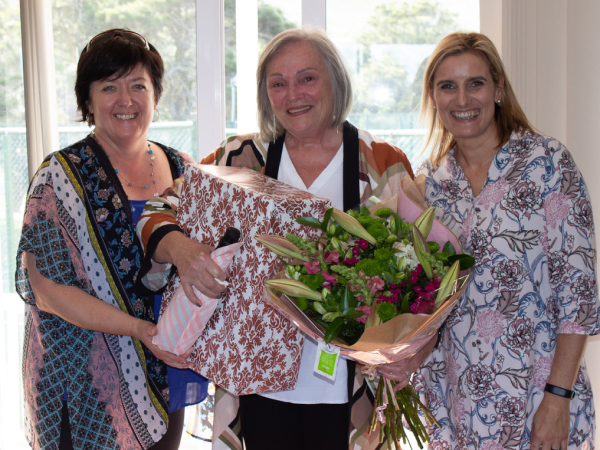 This tournament is a 2-day event in Cape Town, so the team also needs accommodation. The 10s is the kick-off to their season and an exciting social sporting event not to be missed. The Hermanus Netball Club has a relatively young official history, being registered as a netball club with Netball South Africa in 2000. Before that, it was a social get-together club and did not compete except with inter challenges amongst towns.

As there was no netball federation locally, they previously registered under the Boland Netball League. The club played in Paarl every weekend and excelled to the Super League division in Boland. Hermanus competed against teams such as Maties, Paarl, and the Stellenbosch Netball Institute, gaining great experience by playing against some of the best teams in the country. The distance each Saturday became too much, however, and the club moved over to the Western Cape Netball League. They also competed in the Superleague of the Western Cape Netball Federation for a couple of years.

The Hermanus Netball Club have been fortunate to have founder Elsabe Henn as part of their journey up until this past season. She was not only the founder but also the chairperson for the club since the start and played a major role in the everyday functionality of the club. Elsabe was the heart and soul of the club administratively, and occasionally, even on short notice, had to make an appearance on the courts in the emergency of a shortage of players. She retired from the club and all activities in October and their newly elected executive was appointed, coach Lizelle Munnik. The Club is very proud of Lizelle, who is an incredible force to be reckoned with. She is a SASKOK recognised coach, completed her Level 2 in coaching, and is a SA Level Umpire. She currently also coaches the Hermanus High School 1st netball team. She grew up playing the game and loved every second of it. Only upon joining the SA Police in 1992, did the real netball bug bite. During her initial police training, she was selected to become part of the Western Cape Police Netball team. During those times, the police had a functional club and competed Nationally against all other provinces annually. In 1995, she was selected for the SA Police National Netball team. Ten players from all provinces within SA are selected to represent SAPS internationally. She had the opportunity to tour Botswana, Zimbabwe, Congo, and Malawi to take part in the All Africa Games throughout her career. She also represented SAPS as team captain and player during 2007 at the World Police Fire Games in Australia, where their netball team ended in an impressive 2nd place overall. For most of her years at Hermanus Netball, Lizelle was a player/coach. These days she mainly focuses on coaching and loves to see how players grow and gain confidence on the court. She stated that “Hermanus has amazing netball talent” and her favourite quote shows her passion for team spirit. “Your team becomes your family, the ball becomes your best friend, the court becomes your home and the game becomes your life.”

The Netball Club is proud to call the Hermanus Sports Club their home. There are two pristine netball courts, hosting both their teams, and the season starts in February and ends in October. The wonderful group of netball ladies come together to practise on Mondays and Thursdays, from 17h30 to 19h30. The club is also open to non-members, at R50 per walk-in session. Annual membership fees are R850 per player, which includes affiliation fees to Netball South Africa and the Overberg Netball Federation. 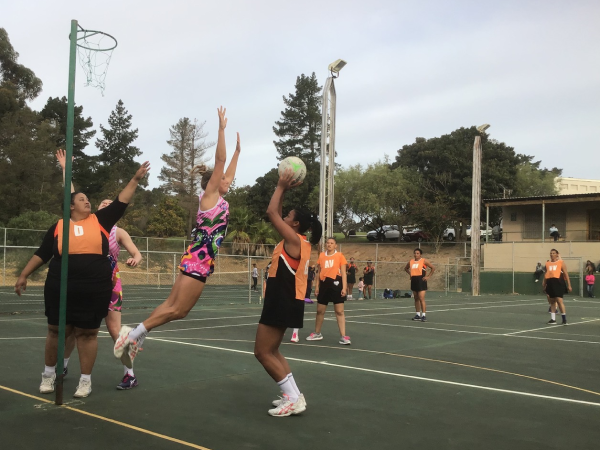 Think you’ve got what it takes? The season starts on the 23rd of January so sign up and enjoy breaking a sweat. Or do you simply love the sport and want to see these lovely ladies continue to thrive? Seeff Hermanus does – thank you Ronel Meyer for making this year happen!