Investing in a holiday home? Small towns with the best weather

Thinking of searching for a holiday home where the sun always shines? Seeff gives you perfectly ideal small towns with the best weather.

Are you beginning to feel the humdrum from being cooped up working from home in these trying times? Perhaps you need a change of scenery? People are moving away from the bustle of the cities and finding solace in secluded small towns in the countryside with better weather, places like Paternoster to Makhanda and even Sutherland.

Paternoster, which means “Our Father”, is one of the original fishing villages situated off the West Coast of South Africa. Less than 2 hours drive north of Cape Town. Paternoster is a quaint and quiet little town with picturesque landscapes, perfect for those looking to escape the busyness of city life.

When considering the SA regional weather, specifically the weather in Paternoster, you are likely to experience pleasant weather with average temperatures between 20°C - 25°C during April, May, October, November and December, while June and July bring high chances of rainfall. The weather in Paternoster grows warmest in February with an average maximum temperature of 26°C and coldest in July with an average maximum temperature of 17°C.

So why wait? Offering a peaceful getaway surrounded by so much natural beauty, Paternoster is the ideal place to invest in a holiday home. 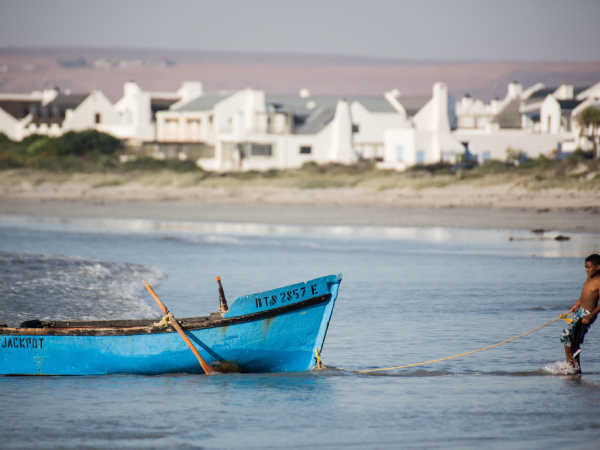 View our properties in Paternoster

Next on our list of small towns with the best weather, Makhanda (previously known as Grahamstown) is a beautiful little town steeped in history, home to the famous Rhodes University and the annual host of one of the longest-running major art festivals in the country - the National Arts Festival. Situated just off the N2 between Port Alfred and Port Elizabeth, Makhanda is one of the most diverse ecological regions in South Africa, and thousands of hectares of land are devoted to nature and game conservation.

When it comes to the weather in Makhanda (formerly Grahamstown), the town lies at an intersection of four vastly different climatic zones, which results in unpredictable weather patterns. The cold season usually lasts for three and a half months, from May to September, with an average daily high temperature below 20°C. The coldest day of the year generally falls on July 11, with an average low of 6°C and a high of 18°C.

So for those looking to escape to a place with moderate cooler temperatures, there is no better choice than Makhanda.

Sutherland is an old Karoo town named after prominent Worcester cleric Reverend Henry Sutherland. Situated roughly four hours drive from Cape Town, Sutherland is perfect for cold weather lovers and is known for its snowy winters and magnificent night skies. These striking views are enhanced when seen through the eyes of the telescopes at the world-renowned South African Astronomical Observatory, for which Sutherland is known.

What to look forward to with the weather in Sutherland, you can undoubtedly expect colder temperatures. Sutherland is the coldest place in South Africa; the yearly average temperature sits at around 13.7°C and drops considerably during winter. There is minimal annual rainfall in Sutherland.

So for those looking to escape the heat and humidity, Sutherland is the perfect place to invest in a holiday home. When considering small towns with the best weather, you cannot forget Nottingham Road, a stunning little place situated between Johannesburg and Durban close to the foothills of the Drakensberg Mountain Range. Easily accessible via the N3, Nottingham Road is a quaint farm village with fly-fishing dams, vast greenery and tons of old-world charm.

So if you want to escape the fast-paced city life to somewhere peaceful and welcoming, look no further than Nottingham Road. 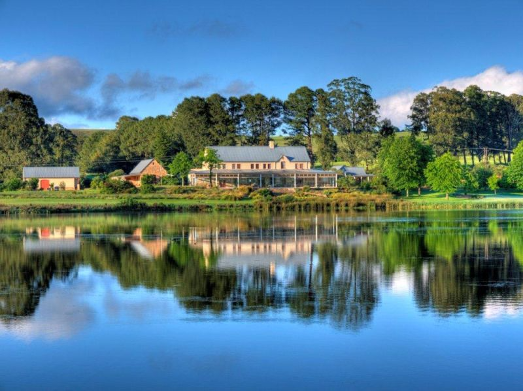 View our properties in Nottingham Road

Nearing the end of our list of small towns with the best weather, we had to include Clarens, a secluded little village that often gets described as the “Jewel of the Free State”. With quiet streets and tree-lined avenues which shade the quaint sandstone homes, Clarens remains a tranquil country retreat for those looking to escape their high-pressure lives in the city.

When considering SA regional weather, specifically the weather in Clarens, you can expect moderate temperatures. You will experience warm weather and minimal rainfall from January to May and from August until December. The highest average temperature in Clarens is around 29°C in January, while the lowest temperature occurs in June, coming in at 19°C.

So if you want to get away into the countryside for a while, then consider making Clarens your temporary (or permanent) residence. 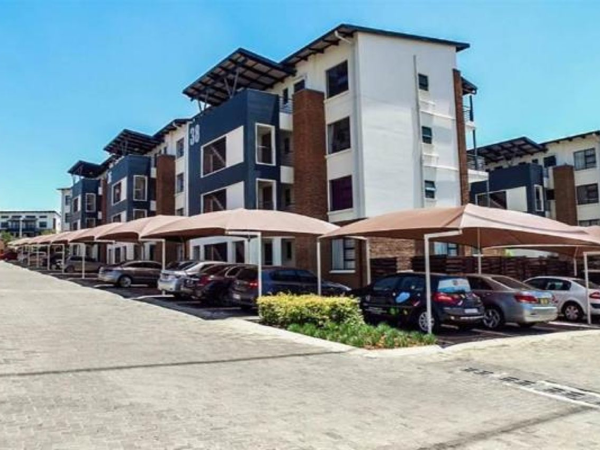 Last but not least on our list of small towns with the best weather is the renowned Bela-Bela (formerly Warmbaths), a lovely little town in the Waterberg Mountain region of Limpopo. Situated just under two hours’ drive north of Johannesburg along the N1, Bela-Bela has received praise for its geothermal hot springs, which offer healing properties.

With the weather in Bela Bela, you can expect warm temperatures. With almost 300 days of sun year-round, average annual temperatures in Bela Bela sit at 19°C and peak at around 35°C during summer. The famous warm baths lure nature lovers and sun worshippers to Bela Bela, while the spring months cover the town in beautiful jacaranda and syringa blossoms.

So if you are a fan of warm weather and want to rejuvenate yourself in the warm baths, then Bela Bela is the place for you. 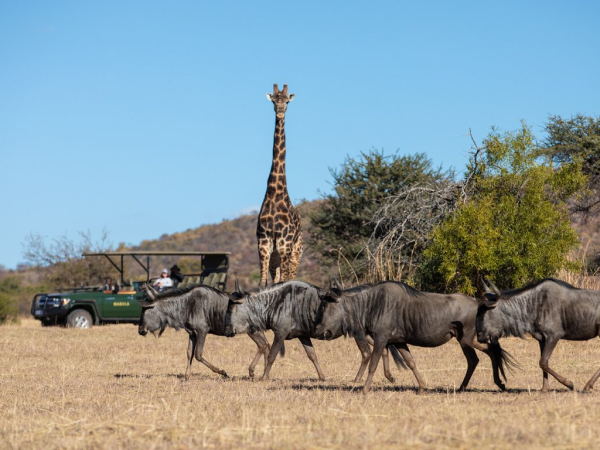 With everything going on globally, perhaps it is time for a change of scenery? Escape the bustling high-pressure lifestyle of the city by investing in a holiday home in the tranquility of the countryside.